With his unique brand of radio-friendly and folky foot stompers, Sherman Downey has not only solidified himself as one of Newfoundland & Labrador’s most treasured artists, but as a nationally revered and much sought after songwriter. His songs have won over listeners from his homeland to the mainland and beyond – all the while collecting a mutitude of impressive accolades.

Along with Sherman, his band consists of Noah Hamilton, Scott Sheppard, Phil Churchill and Paul Lockyer. And occasionally the band is joined by Geraldine Hollett. 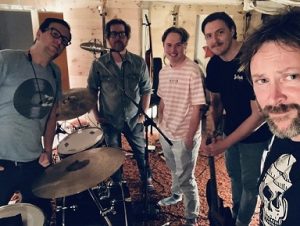